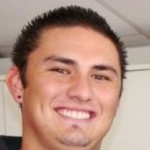 Played 4 years of high school football At St. Francis in La Canada, CA.  Played 3 years at Citrus College in Glendora, CA where he earned  3 Western State Conference Championships with the team.  In 2006, he earned a scholarship to play at Div. 2 Johnson C. Smith University in Charlotte, NC where they had a winning season and played in the NCAA Div. 2 Pioneer Bowl vs. Tuskegee University.  In 2007, he coached kickers, punters, and special teams at Colony High School in Ontario, CA where they won a CIF championship.  In 2008, he tried out for arena football and signed with the Arizona Adrenaline in Prescott, AZ.  In 2012, he was back on the sidelines coaching kickers, punters, and special teams for Glendora High School and looks to build a strong special teams game for the program.  Football and more importantly kicking/punting is his passion. He wants to share all the knowledge he was given over the years to the young eager athletes of tomorrow.