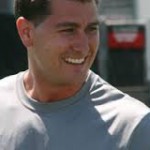 Garrett Palmer has 17 years kicking experience.  Palmer was a standout athlete at Eisenhower High School in Rialto, California.  He was the first student athlete in his high school to compete in three varsity sports as a freshman and the first freshman to make the varsity football team.  Palmer was four-time All-League First Team kicker, two-time All-San Bernardino County First Team kicker, and was an All-CIF First Team punter his senior year.  He earned these accolades over two D1 kickers, Alexis Serna (Groza winner) and Jeremy Ito (Groza finalist).  Palmer finished 18/21 field goals his final two years in high school and earned Citrus Belt League MVP during his senior campaign.  One opposing coach said that “Palmer was the best collegiate prospect he had seen in years,” after he had pinned that coaches team inside the 5 yard line five times and kicked two field goals.  Palmer would end up walking-on the San Diego State football team in the spring of 2004.  He became the starting kicker and during his freshman season he was also able to beat out the starting punter who was on scholarship.  Palmer averaged 40 yards per punt and 1 out of every 3 punts went inside the 20.  After his 2005 season in which he went 15/17 field goals and earned All-MWC honors, Palmer earned a football scholarship.  He finished his career with many school records, some include: Four MWC Player of the Week Awards, 67 consecutive extra points, 17 made field goals over 40 yards, and highest field goal percentage during league play (100%, 2007).  From 2004-2007, Palmer was 48/66 field goals and 117/121 extra points.  During those years, Palmer also had the highest percentage of kicks above 40 yards in the NCAA.  Out of 66 attempts, an unbelievable 42.4% came from over 40 yards.  After graduating, Palmer was mentored by NFL kicking consultant Gary Zauner who called him the top kicking prospect in the 2008 draft class, but also the most unknown and underrated.  In 2009, Palmer went to the Elite National Combine in Indianapolis, Indiana, and was dubbed the number one kicking prospect in the nation as he went 6/6 field goals.  In 2010, he played for the Billings Outlaws as they won the IFL Championship.  Palmer finished as the number one kicker in the IFL in overall kick percentage.  He was 81% on 9 foot uprights and led the league in tackles by a kicker with 10.  Coach Palmer offers lessons on the weekends to kickers out of the Dallas area.